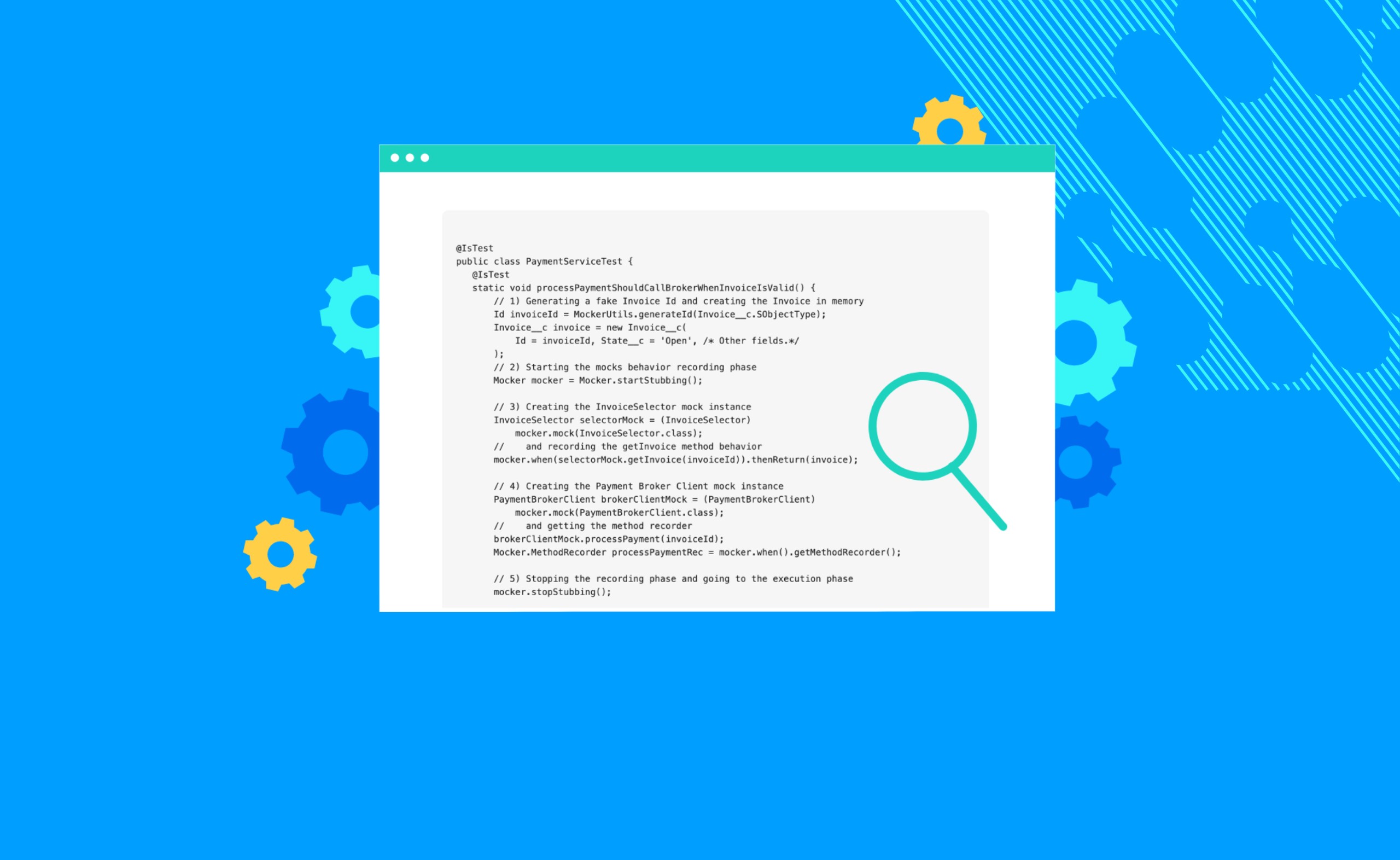 Software development is much more than writing some lines of code to bring to life an idea to use by hundreds, thousands, if not millions of people: planning the development process, designing the software architecture, properly testing the solution, and deploying it in production are several phases of software development that are invisible to the final user yet crucial for delivering a good product. We have different tools to support our work in each stage of software development, which is also true for application tests. Groundswell Cloud Solutions has created an open source, no dependencies, and easy-to-use APEX mocking framework that can help you quickly make the assets necessary for your application unit test development.

An application needs to have a sound testing process. The tests ensure that we deliver a high-quality product to our clients with fewer bugs and adhere to the project requirements. Application tests also give us more confidence for future improvements because they will show us if we have broken a feature while implementing new functionalities.

There are several tests, each covering different aspects of the software, some automated and others not. The following list shows some of them:

Complex tests, such as functional tests, will take more time to run, while simple tests, like unit tests, take less time. This is why it is so important to have a good testing plan to determine the order of which test types to execute and allocate them efficiently for a good balance between coverage and performance.

The integration tests are responsible for testing if different modules or services from the application work well together and evaluating the system’s compliance with specified functional requirements.

Usually, high-level integration tests are implemented to test the entry points of the software, such as controllers, API, event handlers, etc. All software internals are hidden from these tests, meaning they will only test what the ‘external world’ can see.

The following diagram shows what is happening internally in the application while the integration tests are running, why they are heavy, and why they take so long to run.

Another aspect of the integration tests in Salesforce is data generation. These simulate actual operations from the client or system integration perspective that validate database data requirements and functionality.

Salesforce provides us with an empty test database while the test is running and the @TestSetup annotation inside the test classes where we can prepare the necessary data for the test. This creates another difficulty – generating before running the test, the test records, and their dependencies, without violating the database and validation rules constraints. It also costs time because the database is a very slow resource compared to memory.

Unit tests are low-level and close to the application source code tests. They test individual methods and functions of the classes, components, or modules, isolating them from their dependencies. They also will use data in memory and will not access any external resource or other internal layers of the application, which will reflect in extreme fast tests.

A crucial characteristic of unit testing is the ability to replace the real dependencies instances with objects we can control and manipulate to simulate the behavior of the real objects. These replacing objects are usually called Mocks.

Salesforce provides a Stub API that allows us to create Mocks that can be used to replace the real dependencies of a tested class. However, this API is not so easy to use and requires implementation of the System.StubProvider interface.

The lack of a better tool to help create unit tests motivated us to develop the GS APEX Mocking Framework, an easy-to-use, with no dependencies framework that hides the complexities of working with the Salesforce Stub API.

To properly create a unit test, we need to access the tested class dependencies and replace them with mocked classes. But how can we do it?

We can use several techniques for decoupling our classes, the most common being the IOC containers with Dependency Injection. Luckily, Salesforce has the @TestVisible annotation, and we can use it in this context, avoiding the necessity of fancy and complex frameworks.

The first step is not to use static methods in important system classes. Utilizing the instance classes is essential because the Salesforce Stub API does not support static methods stubbing. We can leave static methods for the utility classes.

The second is moving the dependencies to class fields annotated with the @TestVisible annotation.

And there you have it; we are ready to create unit tests.

The GS APEX Mocking Framework is an open source, no dependencies, and easy-to-use mocking framework that encapsulates the complexities of using the Salesforce Stub API, delivering a bunch of functionalities that will help you to create your application unit tests.

A key feature of the framework is the ability to mimic the exact behavior we want during the execution phase. We can define expected return values, exceptions, and other behaviors,  allowing us to control our tests fully.

Let’s use the following class as an example: PaymentService is the class under test.

Now we are ready to start creating our unit test.

The first step in our test method is to prepare the data that will be used to simulate the database access. The MockerUtils.generateId helps us with the Salesforce SObjects IDs creation.

Now, that we have the Invoice instance, we will use it to simulate the database data. We can start to record the behaviour we want in our mocked dependency classes (InvoiceSelector and PaymentBrokerClient). Calling the Mocker.startStubbing method will instruct the framework to record the behaviors.

Next, we are mocking the InvoiceSelector and recording the return for the getInvoice method, which will return the invoice we created in step 1 if the invoice ID matches the generated ID. If not, the method will return null.

At this point, we have our mocks and data ready. We can stop the recording phase and replace the PaymentService dependencies with our mocks.

We are ready for running the method under test.

The expected flow on the PaymentService().processPayment() method is:

And this is exactly what we are asserting. Using the method recorder from step 4, we have access to everything that happened with the PaymentBrokerClient.processPayment() method. For example, we can access how many calls and arguments it has received.

Here we have the complete unit test code:

The GS Apex Mocking Framework has many other features to help our unit test development. Please, access the project’s GitHub page for more information.

Balancing the number of unit  and integration tests we implement in a project can drastically increase the coverage and decrease the time to execute them. We are excited to share our GS Apex Mocking Framework with the wider Salesforce community, and help you accelerate your unit test development in your organizations.