Skip to main content
Home Culture My Journey to Canada 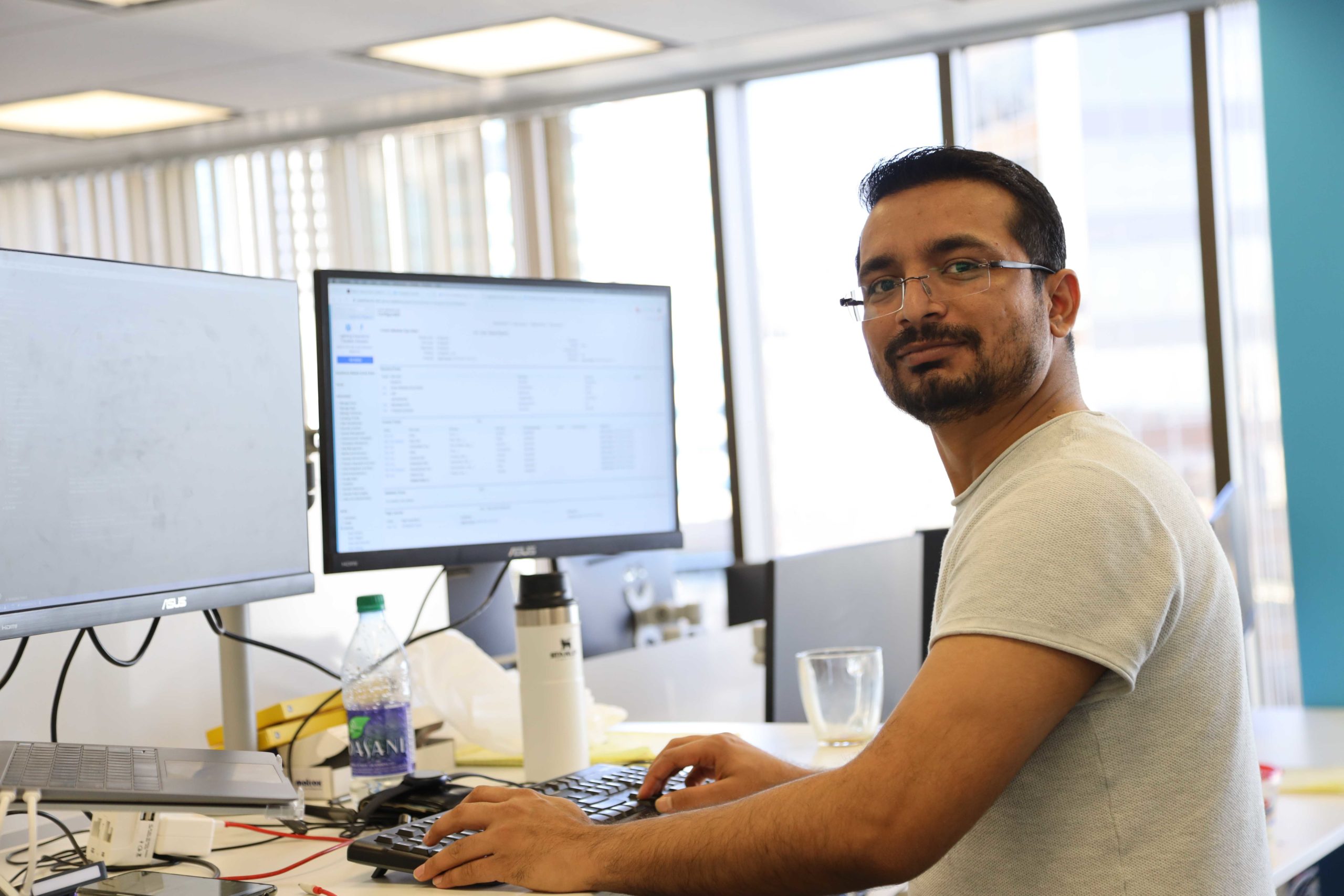 My Journey to Canada

My name is Tushar Kumawat. I am Indian by birth and completed my entire education in India, including my bachelor’s degree in Information Technology from K. K. Wagh College of Engineering in Nashik. After finishing college, I joined a small firm in Nashik and worked there for 6.5 years.

In February 2019, I searched for a job on Glassdoor and found a posting by Groundswell. In this job posting, they mentioned that they would sponsor the Visa for the candidate who will be selected. I was a bit concerned about applying here because it was not in my country. If anything goes wrong, then I was on my own. But I thought I’d test my luck and I applied for a job at Groundswell. On the very next day, after applying for the job, I received a response from Groundswell’s Hiring Manager to inform me regarding the first interview. I was surprised to see a response from any HR so fast because in India, if you apply for a job anywhere, you will generally receive a response in 2 weeks. I responded to the Hiring Manager’s mail and confirmed the timing of the interview.

As per our scheduled time, the Hiring Manager called. We first introduced ourselves and had a good conversation regarding the job opportunity and steps to proceed further. After my first call with the Hiring Manager, I got invited to the second round of interviews. In the second round, I got to know the company’s CTO Pei, and we had a good discussion for an hour. After the interview, I received a response from Groundswell’s Hiring Manager that I was selected for the last round of the interview process.

For the last round, I had to complete an assignment within 5 days’ time frame. As the second part of this round, I had to explain to Pei about the solution I implemented. The last round was really good, and after completion, I received an email from the Hiring Manager to confirm my joining date and after that an Offer Letter. On the same day, I received the Offer letter, my wife and I found that we were expecting. Happiness was in the air, but at the same time, I was confused about whether I should accept the offer or not. I had a discussion with my family regarding the offer and came to the conclusion that I should accept the offer. Later I came to know from Groundswell’s Hiring Manager that Groundswell would support Visa’s for my wife and son; this helped me finalize my decision and accept the offer.

My Visa process started on the same day I accepted the Offer from Groundswell. During my Visa process, the same Hiring Manager was there to guide me through. She helped me on every step, starting from creating the application until my Visa got accepted. My Visa application was mostly smooth, but there was a minor glitch in my medical report. The Visa medical officer found some abnormality in my X-Ray, so they suggested that I should get some additional tests done. I was fine with additional tests, but those tests were too time-consuming, it takes around 8-10 weeks for those tests to complete. But Groundswell supported me during this period as well, and the Hiring Manager was constantly in touch with me for this complete process. I got all the support I needed from Groundswell during this crucial period. My joining date with Groundswell was in between this period, so Groundswell helped me work remotely during this time. So I started working remotely and connected with many people at Groundswell.

Finally, my Visa was approved after my medical reports were clear, and my date to join Groundswell from Canada was decided to be July 15th, 2019. I still feared that the company I was visiting was inauthentic and whether or not I’d adjust to the company since I am from a very different cultural background. I had so many questions in mind even though I had some answers to those questions; my mind started doubting them.

I started my Journey from India on July 13th and landed in Canada on July 14th. As the city was completely unknown to me, my coworker Rahul came to the airport to pick me and help me find my accommodation. He cleared many doubts I had regarding Groundswell, and it was a relief for me that now I knew someone personally who works in Groundswell.

On my first day in Groundswell, I received a really warm welcome from all my teammates. I had a chat with them over a call or in a meeting, but I was really happy to see them in person. Everybody here was so nice to me, and they helped me a lot to settle in the company. Everybody came to meet me in person and suggested many things to do in the city. Some people even offered to show me some places where I can find some useful stuff like groceries, clothes, etc. This really helped me understand culture and individuals on a personal level. At the end of my first day at Groundswell, I was confident enough to suggest that my friends join this company.

Now it’s been almost a year since I landed in Canada and joined Groundswell, and I am very much part of this organization. During this time, I learned a lot from Groundswell and also enhanced my technical skills. Everyone here is talented, helping, and will never leave any issue half attended or unattended. Earlier I was afraid whether I’d be able to mix with people here at Groundswell, but Groundswell is a part of my culture now.

I am thankful to Groundswell and the entire team of Groundswell for giving me the opportunity to work with them. I’d definitely recommend Groundswell to people who are willing to move abroad. You can check out job postings on our careers page or reach out to me on LinkedIn if you have any questions regarding our organization and moving abroad, if you choose not to reach out or apply, best of luck on your job search and your journey ahead.